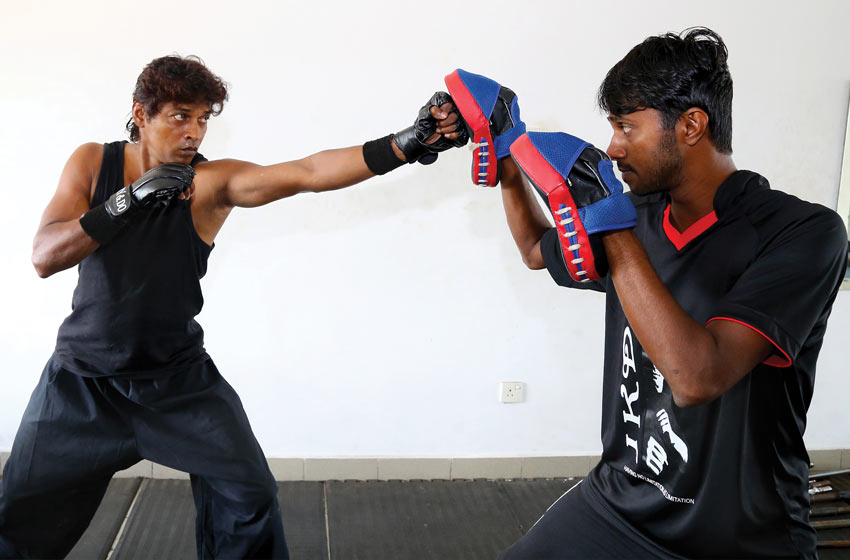 The Jeet Kune Do Concepts In Mixed Martial Arts

In the competitive combat sports arena, Mixed Martial Arts or MMA is the combat sport that comes closest to a real street fight. Today, MMA is in a very good position globally as a competitive sport. MMA is fought worldwide in the following organizations. UFC, Bellator, Cage Warrior, One Championship, Japan MMA, Chinese MMA, Indian MMA etc. This article explains the rationale for Dana White the UFC Founder/President to credit Bruce Lee as the being Father of MMA.

The Creation Of Jeet Kune Do

To win a fight requires both mental fortitude as well as technical excellence all coming together. Bruce Lee used these attributes as his base for the fighting art he created called Jeet Kune Do, translated to “The Way of the Intercepting Fist”. Bruce Lee researched different fighting systems and took from each of them what he saw as the most useful elements and brought it all together to create Jeet Kune Do also known as JKD. The art of Jeet Kune Do is for self preservation using the most practical way possible.

The Jeet Kune Do Concepts In Mixed Martial Arts

The first Ultimate Fighting Championship later known as UFC 1 took place on November 12th, 1993 at the McNichols Sports Arena in Denver, Colorado, USA. Rorion Gracie a Brazilian Jiu-Jitsu (BJJ) Grand Master and the eldest son of Helio Gracie one of the founders of BJJ co-founded UFC 1 with Art Davie a business executive and entrepreneur from Southern California. UFC 1 had different Martial Art styles fighting against each other to see which Martial Art was the best. The fights took place inside a caged octagon which was to be the beginning of a new era for combat sports. There were 8 competitors from different Martial Art backgrounds. Each of these 8 competitors were experts in their respective Martial Art. They all fought in a knockout competition and Royce Gracie using the style of Brazilian Jiu Jitsu emerged as the Champion of UFC 1.

The Evolution Of Mma

As the UFC competitions went on it became inevitable that for a fighter to be successful in the cage, he had to be a versatile fighter and be a master of all aspects of fighting. He had to have the close range techniques of Western Boxing and Thai Boxing, the throws of Judo, the ground fighting techniques of Jiu-Jitsu or Brazilian Jiu-Jitsu and be able to bring all these skills together and adapt as the situation demanded in a fight. No single style alone would be sufficient to be successful inside the Octagon. This led to the creation of Mixed Martial Arts popularly known as MMA which is different Martial Arts coming together in a fight. This is the very concept of Bruce Lee’s fighting system Jeet Kune Do. This prompted Dana White to credit Bruce Lee as the Father of Mixed Martial Arts. Master Bruce Lee was the pioneer to use the different fighting styles and training to fight at different ranges when he created Jeet Kune Do. Bruce Lee is thus honoured as the greatest Martial Artists of all time and the Father of Mixed Martial Arts.